Join us in collaboration with the Blackstone River Valley National Heritage Corridor in celebration of “Blackstone Valley Day” at Polar Park! It’s also the City of Worcester’s Tercentennial Celebration.

Game ticket includes seat in the park PLUS a $10 loaded value on each ticket which can be used ANYWHERE in the park (concessions, beverages and the team fan shop too!) 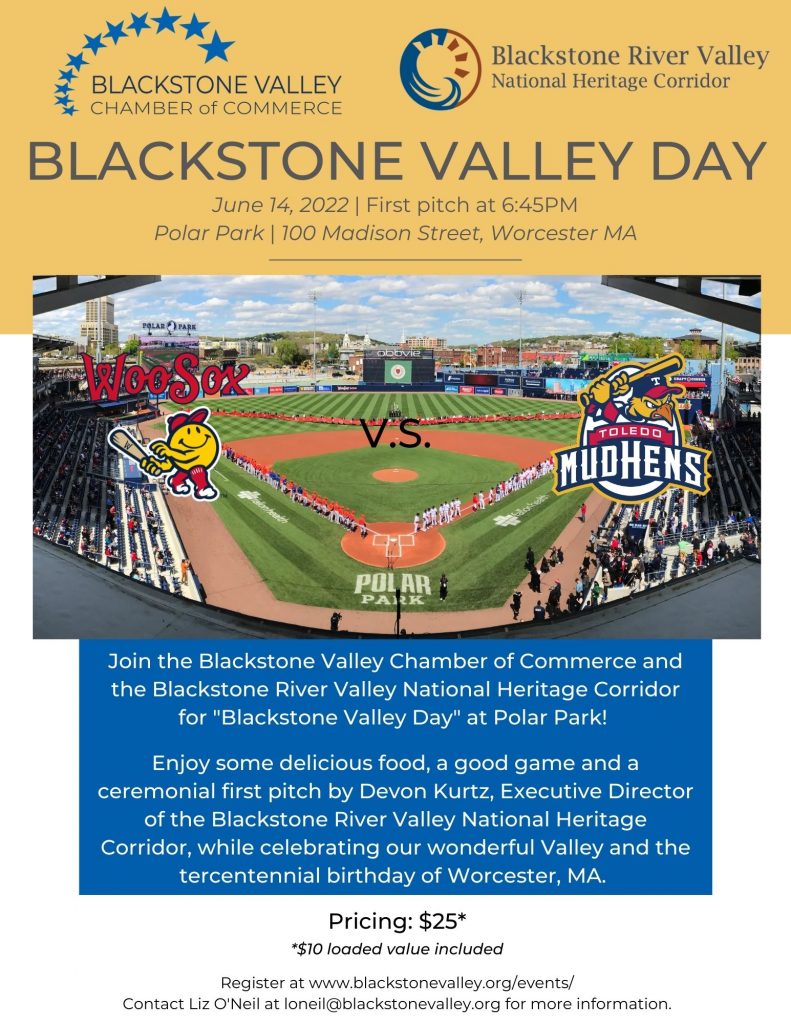 Looking to get more exposure for your business?